Running and Biking Oh My!

Couple of days to catch up on.. But since I haven’t posted about them it must not have happened right? 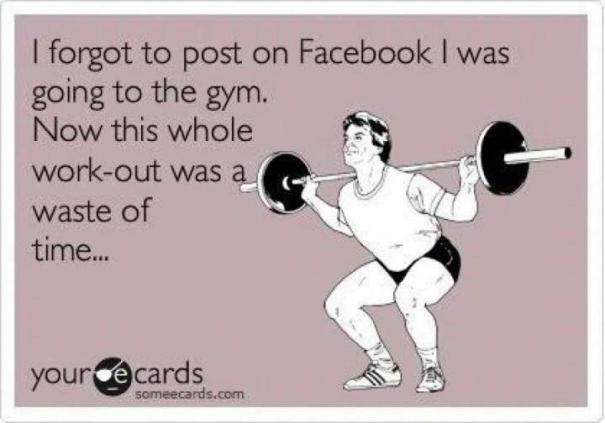 I decided that it was finally time to face my fear, strap on my running shoes and head out the door.  I won’t lie – I have been scared over trying it for a couple of reasons.  I have been worried that I would run, and find that I developed excruciating pain in  – which occured around mile marker 2 on that 3 miler I did about a month ago.  I  also was dreading going out running – enjoying it –  and then being in agony the next day.  A definite sign (if it occured) that running anytime soon was going to be a pipe-dream.

Well, Saturday – I sucked it up and headed out.  My thought was to do one mile, and if it went ok the plan was to do the same every day this week.  One mile was certainly not going to be enough of a work out and was sure to leave me disappointed.  Due to this the plan was to follow it up with a bike ride.   I headed out at a fair pace, and it felt INCREDIBLE to be running again, even if it was for just one mile.  I had my Dr. Scholl’s inserts in my Saucony Kinvara 2s, and while I could feel that constant and ever-familiar twinge in the heel, it wasn’t to bad.  Ok, seriously – it was amazing to be out there, but the twinge wasn’t too bad!

I followed it up with a bike ride of just under 5 miles.  My parents picked the bike up at a garage sale for me, it is probably one size too small – but it works.  The tires were a bit low, but not enough that I was really worried about it.  I couldn’t add air to them as I have an air pump that only works with the valve that most bikes use (Schrader Valve.)  This one has a valve that is different – a Presta Valve.

But the ride went ok anyway – and was fun.  After the run AND after the bike ride – I stretched out my plantar facia, as well as my calves and Achilles tendon.  I also iced my foot afterwords (using the roll the foot on the water bottle method.)

Come Sunday – I repeated the exact same route that I had run the day before – 1.15 miles, and the run was a bit more difficult. The humidity and heat levels were higher – and strangely my core/arms were sore.  Not sure why that was – but despite it – it still felt awesome to be out running again.  The fact it was only a mile, was again too short, but I am really concentrating on NOT making things worse.  I made up for it by doing a longer bike ride.

I went out and bought a new air pump that could handle the presta valve.. and in the process put a hole in the back tire (They were really old).  So I pulled out my garage sale bike from last year with the wobbly front tire.  I found a youtube video on how to “true” it – and I no longer have a wobbly tire!!  This was especially awesome as this bike is actually a wee bit bigger – and fits me better! 7.26 Miles in 35:51! (12.2 mph avg)

I could get to like this cycling thing now that the tire isn’t wobbling and making me fear for my life!

Now I know you are wondering where I am with Insanity.  Well, once again I started up – and then went out-of-town for several days screwing it up.  The good thing – is my wife is thinking about doing it now!  So I will be starting it back up for the third time (third time is the charm right?) with someone to do it with!  This could really help me get up in the morning like I have wanted too.  I love the idea of doing Insanity in the Morning, and running/riding in the afternoon.  I have just had problems getting myself out of bed to do so.

6 comments on “Running and Biking Oh My!”