So, I have been out running in the heat some more, but that isn’t what I want to talk about today.  I’m excited for my next steps with my Marine Corps Marathon Fundraiser for Volunteers of America Chesapeake!

While donating and helping the homeless does good things for your karma, as well as making you feel better – I wanted to be able to give a more physical joy to you as well!  So I have begun picking things up that I can give away to those that donate and share my blog!  While this portion of it isn’t ready to be “officially” announced – it’s getting there..

I will give you a glimpse of some of the things I have ordered:

1) Cell Phone External Battery charger – Lets face it.  There are many runners that use their phones for tracking their run.  There are many people who use their cellphones non-stop.   Is there anything worse than finishing an activity and not being able to put it on Facebook/Instagram/Twitter?  After all, if you don’t post about it – it doesn’t really happen!

One Item that is being given away  is a small pocket-sized solution to this age-old problem!

Its small enough to fit in any pocket/purse/fitness pouch and ensure that you can keep your connectivity going for twice the  time you had planned on! 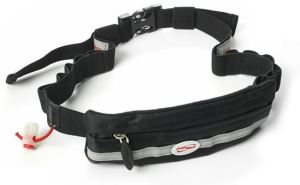 3) Running Belt – An age-old problem of runners/walkers/bikers everywhere.. Where do you keep your car/house keys?  Well, The Once and Future Runner is here to help you solve this problem!  You put them in your running belt! If  you do Runs or Walks of any distance, this great running belt also includes an easy way to hang your race number!

I have also sent some emails out to several businesses to see if they are willing to donate anything to help raise funds, I will keep you informed of which companies were Called to Care to help the homeless!

If you want to donate anything – please don’t hesitate to fire me off an email at onceandfuturerunner@gmail.com!

Don’t forget that you can also donate at  my fundraising site for the Marine Corps Marathon to help Volunteers of America Chesapeake’s Homeless Services Program!

3 comments on “Giveaways/Raffles for Donators”